Mobile Home vs RV: How Are They Different?

Mobile homes and RVs are different types of dwellings that serve different purposes. Mobile homes can be placed on private property, mobile home parks, developments, or in private communities. RVs, on the other hand, are not as large and are intended to be moved more frequently.

I know that the amount of lingo is a chore to learn when you want to learn about RVs. If you’re wondering what the differences between mobile homes and RVs are I’ll go over them below as well as some uses for each.

‍Differences Between RVs and Mobile Homes

What is A Mobile Home?

A mobile home is a structure that is transportable. Mobile homes are designed to be moved from one location to another. Mobile homes can be moved by car, truck or trailer.

What is an RV?

RV is a recreational vehicle. RV is a type of motor vehicle, which has been built for the purpose of being used for leisure activities such as camping, fishing and boating. The term ‘recreational vehicle’ means any self-propelled or towed vehicle that is suitable for camping or recreational use.

What is A Travel Trailer?

A travel trailer is a mobile home that is transported by a tow vehicle. Travel trailers are generally smaller and lighter than motorhomes or fifth-wheel campers. They are not considered RVs because they do not have sleeping facilities.

The size and weight of a travel trailer can vary greatly depending on its features, but most range from 20 to 40 feet.

What Are The Uses of A Mobile Home Vs RV

Mobile homes and RVs are both popular forms of alternate housing. The main difference between them is size and portability, but they also have their own unique features that make them different from one another.

Mobile homes are generally built on foundations and can be placed anywhere there is enough room for installation. RVs are not attached to anything except their wheels so they can travel freely.

One of the most important differences between a mobile home and an RV is their size. Many people consider a mobile home to be smaller than an RV, but this isn't necessarily true. In fact, many RVs are larger than some mobile homes.

Mobile homes can range from 3500 square feet up to more than 20,000 square feet in size—and unlike RVs which have fixed axles and wheels that don't move around much if at all (with only one exception), there's no limit on how large these units can be.

One of the most obvious differences between a mobile home and an RV is size. While both types of vehicles can be used as permanent living quarters, they have different features and amenities.

Prices of RVs Vs. Mobile Homes

Prices vary widely.RVs are generally more expensive than mobile homes, but the price difference can be significant if you're looking at newer models.

Mobile home prices range from about $20,000 to about $50,000 depending on the model and year purchased. RV prices start at around $25,000 and go upwards from there (especially if you're looking for a larger unit). The used market for RVS is much better than for mobile homes.

Can You Travel In a Mobile Home Like an RV

While both travel trailers/RVs and motorhomes are used for traveling, they have some differences in the way they’re used.

Mobile homes have the most space, which allows them to accommodate more people than travel trailers.

Motorhomes tend to be larger than travel trailers and have more living space. This makes them ideal for families who need a lot of room when traveling or visiting friends and family members at their home base campground or vacation site (e.g., beach house).

Travel trailers are usually smaller than motorhomes but offer similar amenities like sleeping arrangements for children/grandparents/adults who may not fit comfortably into a larger vehicle such as an RV Van conversion van.

Living and Accommodations in Mobile Homes

When you're moving into a mobile home, the first thing to note is that it's not just a house. It's more like an apartment with separate rooms, each of which can be used as an individual living space.

RV's are designed for low-cost, temporary housing. The RV is a great alternative to traditional mobile homes and RVs because it offers more freedom, comfort and functionality than both of them.

Some people choose to live in their RVs while they travel around the country or world, but others prefer living in an RV while they work at one job and spend time with family at home. Either way, there are many reasons why you might want to consider an RV as your next home instead of something bigger like an apartment building or townhouse complex:

Can RVs Be Used Permanently?

You may have heard that RV's don't stay in one place for long, but are you sure? While it's true that many RVers travel around the country and even abroad, there are still many people who live in their RVs for years at a time. This is due to the fact that an RV can be moved from location to location with relative ease.

RVs are also much more mobile than mobile homes because they can be towed by a truck or trailer instead of pulled behind another vehicle like a car would be. The amount of space inside an RV is limited only by your imagination!

The main difference between a mobile home and an RV is that most RVs are custom-made, but not all mobile homes are. Many manufacturers offer you the option to customize your vehicle with a wide variety of options, from paint colors to interior trims and accessories.

But if you want something more than just a few choices when it comes to building your dream truck or trailer, then you may want to consider buying one that has already been designed by someone else—and this can be an expensive proposition.

RVs are not built with foundations and therefore cannot be classified as a property.

They are not classified as a property, which means they cannot be taxed or insured like a home. They require their own specific forms.

Mobile homes and RVs may have different uses, but they each have their own perks.

RVs are usually built to be used as recreational vehicles that can be towed behind a vehicle. They’re often equipped with more amenities than mobile homes and allow for more space for living space.

Mobile homes are designed to be portable so you can move them from one place to another when needed. They also tend to be cheaper than RVs, which makes them ideal for people who want something smaller but still comfortable enough for daily living needs.

Is Financing The Same For Mobile Homes and RVs

Financing on mobile homes is cheaper than RV financing.

There are a couple reasons for this:

Mobile home buyers don't have to pay as much in closing costs, since they're not buying a full-sized RV. They also won't be paying for an extended warranty or other add-ons that come with an RV purchase, so you can save money there too.

Mobile homes are easier to finance—you just need to have a down payment of at least 20%, which is usually enough to get approved regardless of your credit score (though it's still worth checking).

RV parks are not the same as mobile home parks.

If you're thinking about moving into an RV park, it's important to know that they are different from mobile home parks. While mobile home parks offer more amenities and services than RV parks do, they also have a number of limitations when compared with RVs.

The most obvious difference between the two types of campsites in space: A typical RV park will have several hundred spaces for residents; however, there can only be one or two spaces available for each mobile home in an RV park. This means that if you want to live in your own place at an RV park (or even just rent one out), then there may not be any room left over.

Most Important Differences Between RVs and Mobile Homes 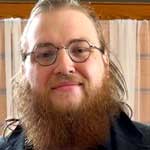 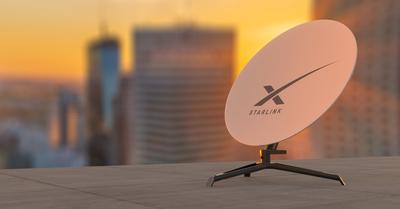 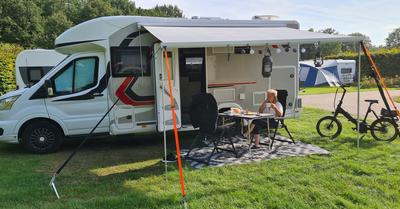 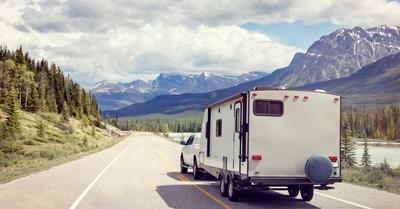 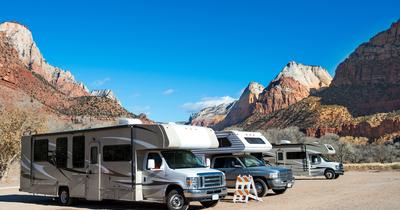 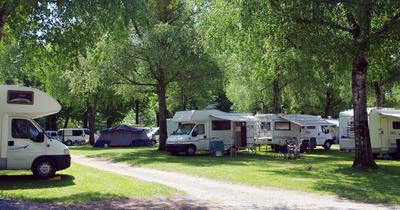 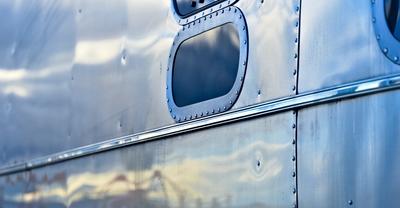 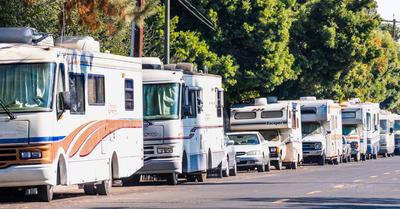 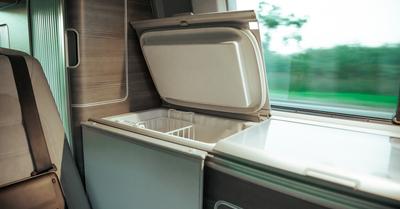